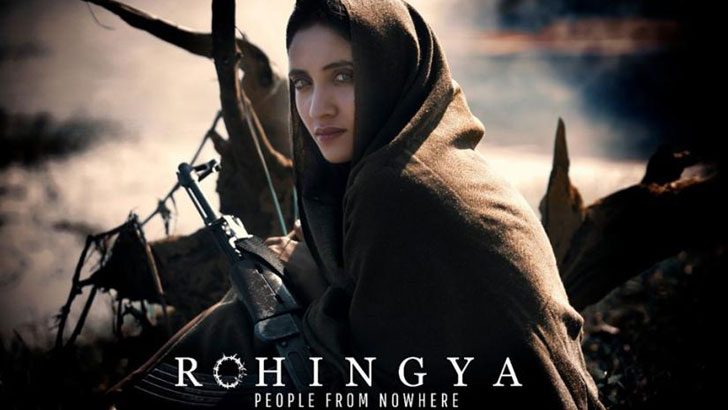 Rohingya Bollywood Movie 2020 starring by Luktanzia Zaman Mithila and Mister Shange (Bhutan). Rohingya is the first movie of Mithila. It’s a big achieve of her said by Mithila.

At a glance of Rohingya Bollywood Movie 2020

Bangladesh model Mithila starring in Bollywood film. About 90 percent of the work of the film, Rohingya, has already been completed. The rest will be done in Manali and Tripura. Mithila gave the good news after completing most of the film work.

Lukthanzia Zaman Mithila’s full name is Mithila. He is widely known as a ramp stopper and model in the country.

The model will be seen in a key role in the film Rohingya, directed by Bollywood producer and photographer Haider Khan. Bhutan’s hero played opposite him.

The film was done in Assam, India, last December. Nineteen percent of the viewing was finished.

“Rohingya” is a different genre of Bollywood, says Mithila. I played the role of Rohingya girl Husseine Ara. The Rohingya here are not infiltrators in Bangladesh. Their plight has come to fruition.

He said he had to learn a new language to do Rohingya paintings, and said that Rohingya and Hindi have worked in two languages. Hindi is already known. And I had to go to India to study Rohingya.

The film ‘Rohingya’ is created under the banner of Lion Production in Bollywood. Mr Bhutan Sangye plays opposite Mithila in the film. The Bhutanese protagonist recently starred as the main villain in Salman Khan’s new film ‘Radhe‘ in Bollywood.

The film is expected to be released by the middle of this year.