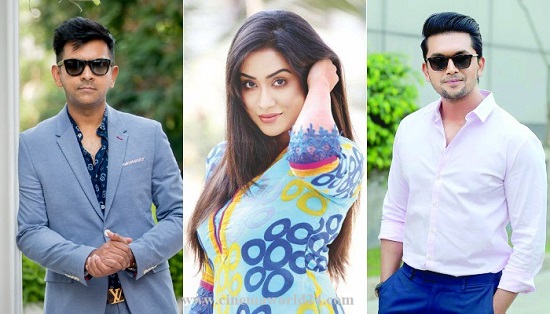 Arifin Shuvo and singer-hero Tahsan Khan are going to star in a movie for the first time. Produced by Indian popular streaming platform ‘G-Five’, the movie is named ‘Contract’. This information has been confirmed by G-Five’s India office sources.

Not only that, Lux star Zakia Bari Momo and Sunrayah Bint Kamal starring No No Darai will star in the movie opposite these two heroes. More will be seen by Iresh Yaker and Tariq Anam Khan. The movie will be jointly directed by Tanim Noor of Bangladesh and Krishnendu Chopadhyay and Kolkata Government of Kolkata. G-Five confirmed this information in an e-mail message.

In an e-mail message, G-Five reported that the story of the movie was taken from a famous novel written by the popular author of Bangladesh, Mohammad Nazimuddin. The movie will show the story of a policeman, a serial killer and a drone in the underworld.

When contacted by Arefin Shuvo in this regard, he said, “The story is wonderful. I heard. Liked it too. Formally I have not yet contracted. So I can’t say for sure whether I am staying. ‘

Meanwhile, several actors and actresses associated with the movie have acknowledged the work here. It is learned that shooting of the movie will start soon with an official announcement in Dhaka.

And upcoming movie are Mission Extreme, Jam and Contract etc.