Mosharraf Karim is the most popular action in Bangladesh. He is not only popular in Bangladesh but also popular in whole over the world. Actually he popular as Television drama sector. Already he done some diffent categories movie. His released movies were-

At a glance of Dictionary Film :

Actually Dictionary is the thriller drama based upcoming Bengali movie.

Almost audience wants to know that when release date this movie? For this question we write here that Dictionary Bengali Movie will be released on in this year. But movie director and production house did not exposed exactly release date of Dictionary movie.

Where shooting locations of Dictionary Movie?

When shooting is continued at Bolpur then Nusrat Jahan posted a picture on her Twitter. Her Twits was- 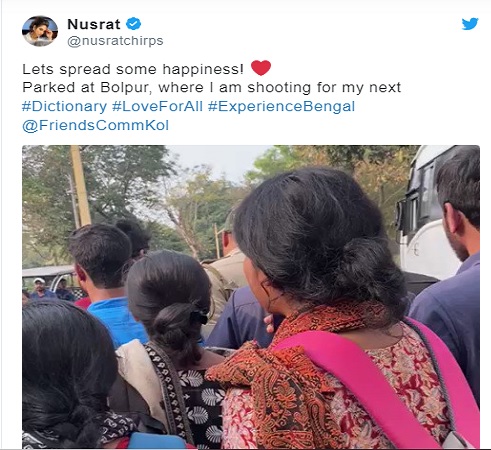 Lets spread some happiness!
Parked at Bolpur, Where I am shooting for my next ‘ Dictionary’

At last we called that it will be again blockbuster Bengali Cinema of Tolly Industry. Best wishes for movie Dictionary. When we gets more information about to this film. Then will be published for this movie fan.