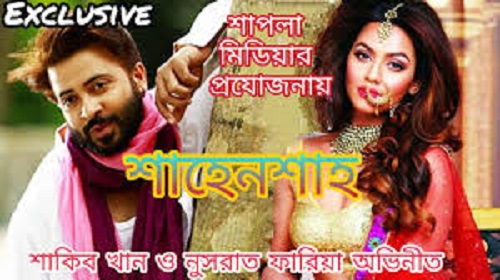 On the others hand Nusrat Faria Mazhar also busy her upcoming movie Shahen Shah and upcoming next project Detective. Her released movies were Hero 420 with Om, Badsha: The Don, Premi o Premi with Arefin Shuvo, Dhat Teri Ki, Boss 2: Back to Rule with Jeet and Inspector Notty K etc. We know that her debuted movie was Aashiqui with Ankush Hazra.

At a glance of Shahen Shah Bangla Movie 2018

Dear visitors we are try to update news published here. If you wants to get regularly entertainment news such as Movie, Natok or Drama, movie trailer, movie reviews, movie release date, song release and all entertainment news etc. So lets to enjoy by update media news must be stay with us. So if the site likes then share to others. And best of luck upcoming Shahen Shah Bangla Movie 2018.