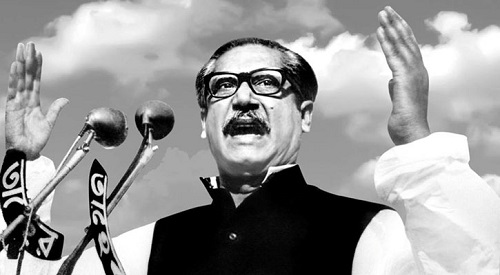 The film is being produced with Father of the Nation Bangabandhu Sheikh Mujibur Rahman and legendary political leader of Bangladesh. The budget has been finalized for the photo. India will spend 40 percent of this film

The life spent by Sheikh Mujibur Rahman and the liberation war of Bangladesh is about Tk 40 crore in Bangladesh’s money value. Bangladesh will bear 60 percent of the cost of construction.

According to Indian media Kolkata 24, Indian representatives, led by director Shyam Benegal, held a meeting with representatives of Bangladesh in this regard in New Delhi. There, only 35 crores of Indian rupees will be spent for making pictures.

Later Shyam Benegal said, ‘We have a long discussion. There is a lot of research needed to create the film. Then the script will be created according to different languages. This will highlight the struggle, life and independence of Bangabandhu.

Earlier, in 2017, the Indian and Bangladeshi government signed an agreement on Bangabandhu to create a documentary on film and liberation war. The film based on the biography of Bangabandhu is scheduled to be released on March 17, 2021, on the occasion of its 100th birth anniversary.

Dear visitors we are try to update news published here. If you wants to get regularly entertainment news such as Movie, Natok or Drama, movie trailer, movie reviews, movie release date, song release and all entertainment news etc. So lets to enjoy by update media news must be stay with us. So if the site likes then share to others. And best of luck upcoming Bangabandhu Bangla Movie.