Actor Sushant Singh Rajput, who played Dhoni in a biopic about legendary Indian cricketer Mahendra Singh Dhoni, has committed suicide. Sushant’s body was found hanging from his flat on Sunday. 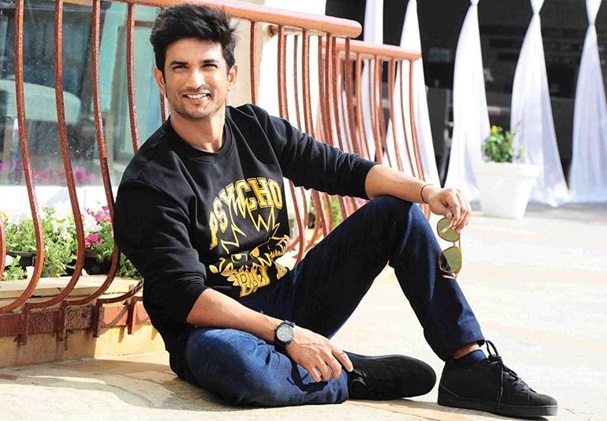 Sushant’s passionate writing about her mother is viral. The death of Sushant is a shadow of mourning in the stadium.

According to many, former Indian cricket captain Mahendra Singh Dhoni appeared on the silver screen for the benefit of Sushant Singh Rajput. In ‘MS Dhoni – The Untold Story’, the star was seen in a calm and tactful character like Dhoni. Who knew he had so much trouble in his mind.

It will take a lot of time to cut the initial shock of this sad news. This mourning has spread from the world of entertainment to the world of sports. By playing the role of Dhoni, Sushant has become one of the sports world.

The news has already spread like wildfire on social media. Everyone’s question, why did this actor commit suicide at the moment of success in life? Maybe one day the cause of his suicide will come out in the police investigation. But the man will never come back. Dhoni’s age in cinema stopped at 34.

Sushant Singh Rajput was born on 21 January 1987 in Patna. Later his family moved to Delhi. He also enrolled in Mechanical Engineering at Delhi College of Engineering. But since then he has become interested in theater. He also learns to dance. That is why he could not finish his studies.

Sushant finally moved to Mumbai at the urging of acting. There, he got the opportunity to act in the serial ‘Kis Desh Mein Haan Mera Dil’ produced by Ekta Kapoor for the first time in 2006. His character died within a few days of the serial.

But from there, Ekata became friends with Kapoor. That is why Sushant got the opportunity to play the lead role in the serial ‘Pabitra Rista’ in 2009. There, Sushant played the husband of the heroine of this serial Ankita Lokhand.

In that play their names were Archana and Manab. At that time, this serial of G TV was very popular among the viewers. They had character names. As a result, Sushant did not have to look back. As soon as he started acting in serials, he participated in reality shows like ‘Zara Nachke Dikha’ and ‘Jhalak Dikhla Ja’.

But it was at this time that Sushant started leaning towards Bollywood from TV serials. Like that, he left ‘Holy Road’ and went abroad to do filmmaking course. Returning from there, she auditioned for Abhishek Kapoor’s ‘Kai Po Che’.

Prince Rao co-starred with Chetan Bhagat in Kai Po Che, based on the story in The Three Mistakes of My Life. Sushant’s performance in the film was praised. The film was a commercial success.

There is more discussion about love-marriage than acting.

Before making her Bollywood debut, Sushant Rajput was discussing her personal life. There was a lot of news about his love affair with Ankita Lokhand, the heroine of the popular holy restaurant.

The two even danced together on a reality show and they confessed about their relationship. It is known that the two of them were also married. Later, after getting ground in Bollywood, Sushant broke up the marriage. Then he was busy in romance with Bollywood beauties.

And after coming to Bollywood, this handsome actor has given birth to more news about romance with heroines than acting. Indian cine magazines have spent a lot of time talking about Sushant’s love affair with the beautiful heroine Kriti Shannon. Although that relationship did not last. Besides, he fell in love with the current heartthrob heroine Sara Ali Khan. Not only that, there is a lot of talk about Sushant’s relationship with veteran Bollywood director Ekta Kapoor.

This actor has the potential to return to the country today by ending these stories. It remains to be seen whether this relationship has a role to play in his sudden ‘pack up’.