I never thought I would face an artist like Kabri Mam, and even get a chance to act in his film. But he did. He taught me that it was too big for me. the first runner-up in the ‘Miss World Bangladesh 2018’ competition, spoke in such a way that she acted in the film ‘Ei tumi shei tumi’, directed by actress Kabari. 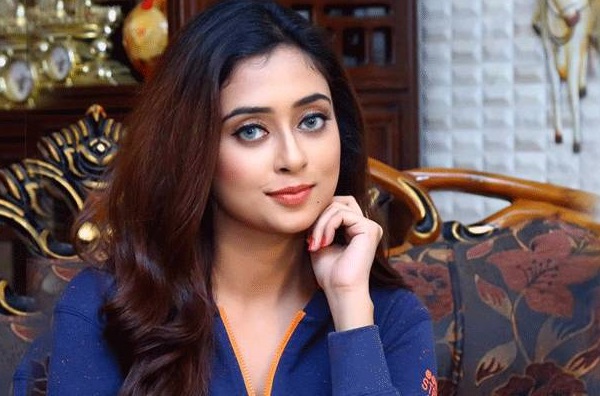 In the meantime the film has been screened for two days. Although present in the shooting set from the beginning, Nishat Salwa has not stood in front of the camera. The shooting of the movie is currently stopped due to the corona outbreak.

Referring to this image, he said, ‘Kabari mum saw my picture from a source. Later he contacted me. He chose to show up first. Grooming has been several days since then. Besides teaching acting at the time, he also shared some of his life experiences. Sitting beside him, I think it is a matter of luck for a young artist like me to learn acting. 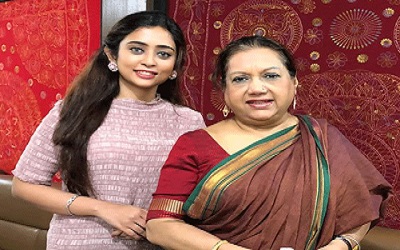 Nishat Salwa was one of the few who signed the ‘Miss World Bangladesh 2018’ competition. While the judges were embarrassed at the wrong answers to many contestants, Nishat was still shining in his light. After being out of the competition, he became a model in music video and advertising. His first work in the movie was directed by Mostafizur Rahman Manik in the film ‘Shopno dekha rajkonna’. His co-star Handsome the Ultimate Man is the second-time champion AK Azad.

Referring to the path of entertainment, he said: ‘I never thought I would work in showbiz. While studying in college, I do some photoshooting for different brands. These images came to social media through the eyes of the creator Chandan Chowdhury. He proposed to be the model of the song ‘Mon Karigor’ by Tahasan Khan and Imran. I agreed. Then one day, after seeing the advertisement of the Miss World Bangladesh competition, suddenly I applied without thinking anything.

Everyone knows the story behind of Salwar. He is not the blue to win the crown of victory as the first runner-up behind 35,000 contestants. Many have been working in drama and advertising since the Miss World Bangladesh competition. But you can’t find it that way here. What is the reason? Early on in my career, I got many offers for acting in drama. But not everyone. Movies are a big canvas, a great way to reach people. My goal is to be that actress. I am making myself for this. Dancing practice, watching movies at home and abroad. I can say, I am trying everything I need for the movie. ‘

Sylhet’s daughter Salwar grew up in Dhaka. He is currently graduating in English Literature at BRAC University. Besides acting, he has to spend time in study.