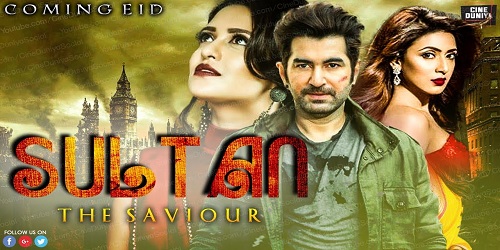 About of Sultan Bangla Movie 2018 By Jeet & Mim

Bidya Sinha Mim now busy to her upcoming movie. Her upcoming movies are Pashan with Om, Mamla Hamla Jhamela with Shakib Khan and Sultan: The Saviour. At present time she not play any natok. She told us about her career. She know us that film is the most priority place at now to me. So i all thinking is to film.

Sultan upcoming Kolkata Bangla movie shooting started date on next 23 February 2018. At now Bidya Sihna Mim stay on Kolkata for shooting first lot. First lot shooting will be going on next 28 February 2018. We got the news to Bidya Sinha Mim. Before going to Kolkata she told us about Sultan movie. She also said us that Jeet is powerful and good film actor. I saw him many movies such as Shati, Awara, Champion, Wanted, Yuddho etc. I think Sultan is added new era of my career.

When Release date of Sultan Bangla Movie 2018 By Jeet & Mim?

Sultan: The Saviour Bangla movie will be released in this year any one festival. We know the news by director of Abdul Aziz. He also know us that we are very excited to this movie. We expected by this movie Bangla film industry to be gets a popular paired. 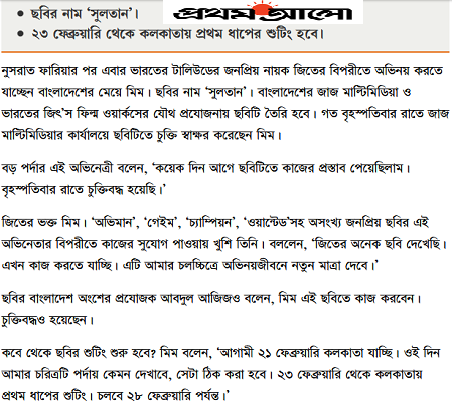 Dear visitors we are try to update news published here. If you wants to get regularly entertainment news such as Movie, Natok or Drama, movie trailer, movie reviews, movie release date, song release and all entertainment news etc. So lets to enjoy by update media news must be stay with us. So if the site likes then share to others. And best of luck upcoming Sultan Bangla Movie 2018 By Jeet & Mim.