Upcoming Rajkumar Bangla movie directed by Himel Ashraf and produced by SK Films, Zakaria Masud Ziko, and Kazi Riton. The film will be made under the banner of SK Films. 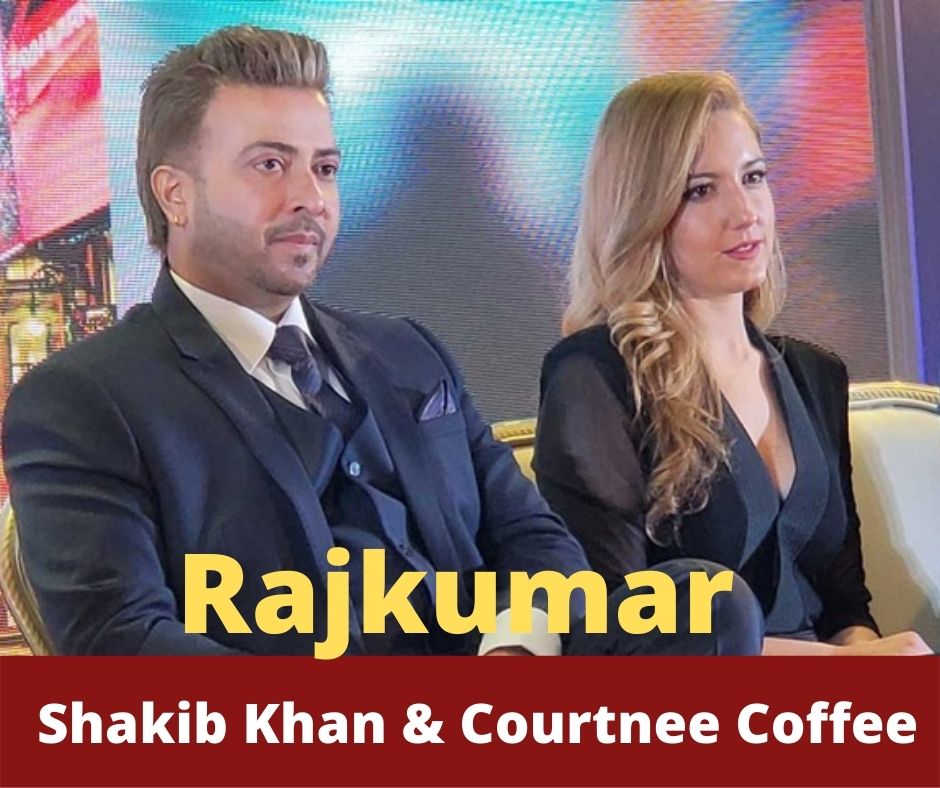 This year (2022) Rajkumar will be a big-budget Bangla movie. It is the dreamy project of Shakib Khan and the film director Himel Ahsfar. The fans of Shakib Khan are eagerly waiting for Rajkumar.

Rajkumar is an action and romance-based movie. A source said to us, It’s a film story based on romance and drama. Movie viewers get the extraordinary chemistry onscreen and cineplex.

Shakib Khan and Courtney Coffee are the new paired-up of Rajkumar Bangla’s movie. Shakib Khan is the top hero in Dhallywood Film Industry. There is no heroine who has not worked with him. The country’s best hero has worked with neighboring India’s Shubhshree Ganguly, Srabanti Chatterjee, Nusrat Jahan, and Payal Sarker. He is currently working across the country with an American actress Courtney Coffee.

Courtney Coffee is known as an American Television actress. Recently she signed a Bangladeshi movie name is ” Rajkumar” with Dhallywood Superstar Shakib Khan. Her mentionable works are- The Storm, Currently: The Debate, and Avenging Angels.

The film shooting captured will be very soon. Primarily the selected locations are the United States of America and Bangladesh. Most of the work of the movie will be done in America.

By press release, we know that maybe this year Eidul fitar is the primary release date. It is not authentic news for the release date of Rajkumar.

Hope that within two months will be releasing the movie teaser in the official Youtube channel of SK Films.

Question 1. Is it a Bangladeshi film or a Dhallywood Industry movie?

Rajkumar is an upcoming Bangladesh movie. The film will be made in the Dhallywood film industry.

Question 2. Who are the hero and heroines in this movie?

Bangladeshi film superstar known as King Khan Shakib Khan is the hero and American Television actress Courtney Coffee is the heroine in this movie.

Question 3. When is the release date of Rajkumar?

By the source of production media, Sakib Khan starring Bangla movie Rajkumar release date on in this year festival period.

Dear viewers, movie-related news gets here. So stay with us always. Thanks to read the article and please give your valuable comments about the film.