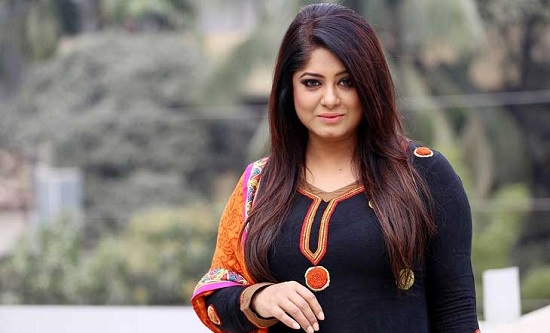 Favorite filmmaker Moushumi has signed a new picture. On Tuesday evening, he has signed a contract titled ‘Arjon-71’. The photo will start on the 16th of the month, with the good grace of FDC. Picture screenplay, dialogue and direction are under Mirza Shakhawat Hossain. In the film, Firuza will be seen in the character of this artist.

The heroine Moushumi said, “The work of this film is going to start with the contribution of the police force in the war of liberation. The film will be held on July 16 at BFDC. Firoza will be the name of my character. I liked the story and the character of the film. Hopefully, visitors will also like it.

In the film, Moushumi will play the role of freedom fighter Abdul Kader Miah in the role of Shabdadi Wadud and his wife. After the participation of Abdul Kader Mia in the war of liberation, there were many adversities in his life. His wife Firuza is in fear of his wife Firoza. And in the role of this Firuza seasonal actress. FDC, Rajarbagh police line in North Bengal will be shot in this film.

About the picture Mirza Sakhawat Hossain also said, “In 2013, the Police Head Quarter presented the story of this photo first. Although it was approved by the head quarters, the work of the film could not be started so many days. So I am going to start this film from my own production company. ”

Earlier, the movie ‘Harijan’ was praised by film director Mirza Shakhawat Hossain. Note that the last of the watchers saw Mausumi acting as a female-centric character in the film ‘Ratri Jatri’ directed by Habibul Islam Habib. Her acting and the ‘Nolak’ directed by Shakib Sonnet was released on the last Eid. Omar Sani starred opposite Moushumi in this film opposite the movie.