The Director Bangla Movie By Mosharraf Karim & Popy. The movie directed by Kamruzzaman Kamu. The Director Movie will be released on next Eid Ul fitar by official Youtube channel. 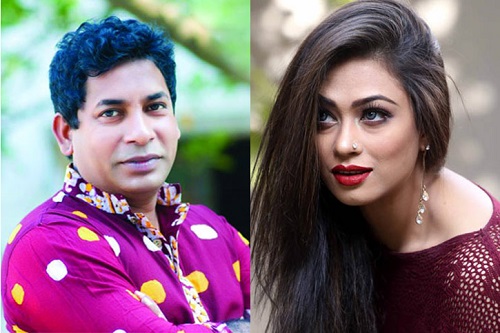 Kamruzzaman Kamu said, ‘I’ve been waiting for the film for many years. I decided to release the Eid. But the film will not be released in any theaters. The film will be released on Sun BTV.

On release on YouTube, Kamu said, “It is now difficult to get rid of films rather than making pictures in Bangladesh. Lakhs of money is spent on the release of the movie to be released. Again, the money that comes in the movie poster does not arise. That’s why I made the film and became helpless. For the reason that the image is released on YouTube.

Kamruzzaman Kamu also said, “The director” can be made to film another movie with what has happened to me. In every place I stopped the film. In 13, the censor deposited on the board, in the 15th issue. It took two years to get clearance only. There are so many things to do I made films from my love. I hope to start film again in the future. Maybe the new job will take a couple of years to start.

Dear visitors we are try to update news published here. If you wants to get regularly entertainment news such as Movie, Natok or Drama, movie trailer, movie reviews, movie release date, song release and all entertainment news etc. So lets to enjoy by update media news must be stay with us. So if the site likes then share to others. And best of luck upcoming The Director Bangla Movie By Mosharraf Karim & Popy.