“Corona” -A Upcoming Movie on 2020. Now the movie ‘Corona’ is being made with the concept of corona virus-COVID-19.

Today’s most concerned issue is COVID-19 (Corona virus).A new virus called the severe acute respiratory syndrome corona virus 2 (SARS-CoV-2) was identified as the cause of a disease outbreak that began in China in 2019. The disease is called corona virus disease 2019 (COVID-19). 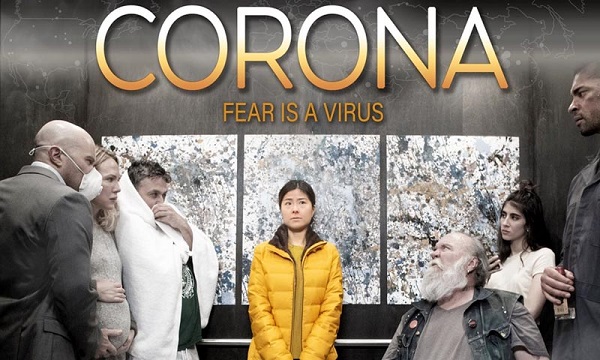 In March 2020, the World Health Organization (WHO) declared COVID-19 a pandemic. Public health groups, including the U.S. Centers for Disease Control and Prevention (CDC) and WHO, are monitoring the pandemic and posting updates on their websites. These groups have also issued recommendations for preventing and treating the illness.

The movie “Corona “is being made with the situation of Corona virus crisis.Canadian-Persian creator Mostafa Keshavari has created the movie titled ‘Fear is a virus’ or a virus slogan. The movie depicts the nervousness and other surroundings of some people trapped in the elevator in the Corona situation. Things like racism have also come up by this movie.

Director Keshavari told The Guardian that, like my movie characters, I was once stuck in the elevator. And there I heard the news of an attack on Chinese tourists. At that moment my head was swollen with a wave of fear. That feeling was somewhere in my mind. That’s where the idea of ​​making such a movie comes to mind.

The trailer for the movie has already been released. There were six people trapped in the elevator of the building. The people of the building suffered coronas. One of the trapped Chinese woman is Coughing. Everyone assumed she was infected with coronas. As a result, how can others avoid it now? The racism erupted in people from this panic.

The thriller was filmed in Vancouver, British Columbia, Canada. The movie is already awaiting for its release. The camera captures the entire scene with only a single touch. Even the creator has made immediate changes to the dialogue to reduce the fear of getting stuck in the elevator, as well as the possibility of being exposed to the corona or the panic.

Mostafa Kesavari said the virus was spreading from China to the world. As a result, it is no longer but just a nation’s problem. The entire human race must now fight against the virus. When there is no discrimination against the virus, why do we create differences among ourselves?