Shamim Ahmed Roni Directed “Bikkhob” 2020 leading character playing by Shanta Khan (Bangladesh) and Srabanti Chatterjee (Kolkata). By trusted source we know that the movie most of the part shooting has been done. 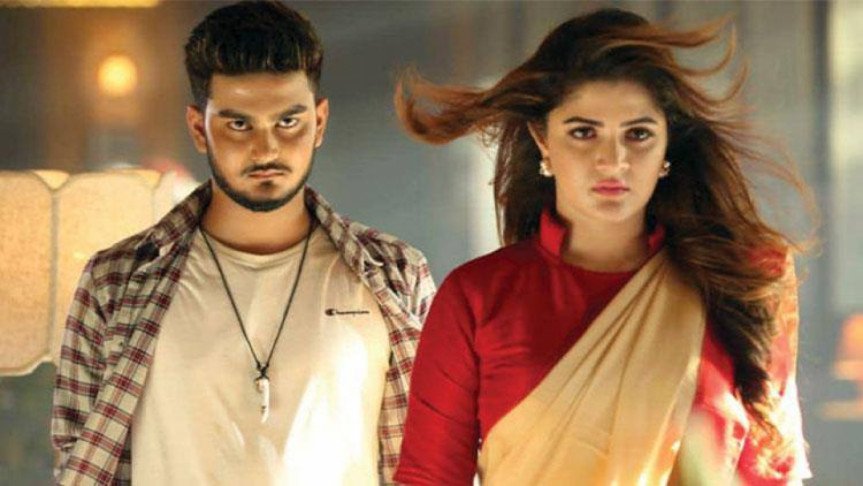 At a glance of Bikkhob Bangla Movie 2020

All kinds of work related to film making has started.The dubbing of the film ‘Bikhob’ has started at FDC from today. Shamim Ahmed Roni is making the film ‘Bikhob’.The first film directed by Roni is Mental, which was released on 2016. In addition to directing the film, Roni wrote the screenplay. The young producer made his directorial debut at BFDC through this film.

The following is a list of films directed by Shamim Ahmed Roni:

Srabanti is one of the most popular Indian film actors of Bengali film, who is acting again in film from Dhaka.She acted in the movie ‘Jodi Ekdin’ in Dhallywood. ‘Bikkhob’ will be her second film in Bangladesh.

The film stars Kolkata actress Srabanti Chatterjee recently signed a contract with a production company at her home in Kolkata. The film is produced by Story Splash Media. Shamim Ahmed is directing the film with the screenplay of Delwar Jahan Dil. Shant Khan has acted with him in the film. Shanta Khan and Shiva Shanu took part in the dubbing of the film today.

MD Badal, manager of the production company, said, “We are dubbing the film in compliance with the hygiene rules. I hope I can finish all the work in a few days. We finished shooting before Corona.

Shanta Khan is dubbing the film for the first time .Expressing his feelings, he said, “I did not dub in the previous film.W hen I saw the picture on the screen, I felt there was some mistake. Then I decided to do the dubbing myself. I have been grooming for dubbing for the last few months. It’s nice to be able to do my own dubbing today. ‘

Shant added, “First of all, I would like to thank actor Shiva Shanu Bhai for his support. Our film director has given some time for dubbing.’Thanks to the audience, for whom we are working, to whom we have decided to work regularly in the film after the release of the first film.

Meanwhile, Kolkata’s popular actor Srabanti Chatterjee has signed a contract. She will act as the film’s lead female. Shooting will begin in Dhaka from next month. Hopefully everyone will love this film based on the story.”

Sunny Leone, the Bollywood actress will soon be seen in a Bangladeshi film. She has been approached to do a specially curated item song in the film, Bikkhob. The director of the movie, Shamim Ahmed Roni, is currently in Mumbai to finalise the nitty-gritty of the shoot.

Along with Sunny, Bollywood actor Rahul Dev is also likely to be part of the item song.” This is not the first time that Sunny is being approached for a Bangladeshi film. She was expected to do an item number in Shakib Khan’s film, Mamla Hamla Jhamela. Sunny Leone’s item song was filmed in Mumbai from September 9 to 11 last year.

After that, Srabonti shot the film ‘Bikhob’ in Gazipur, Bangladesh.The film is being produced by Story Splash Media. The owner of the company is Pinky Khan, who is the daughter of Shapla Media chief Selim Khan and the elder sister of film hero Shant Khan.

Apart from Sravanti-Shant, Bollywood stars Rahul Dev, Bangladesh’s Amit Hasan, Sanku Panja and many others are also starring in the film. Bollywood actress Sunny Leone is performing in a Bangladeshi film for the first time through this film. The song she is performing is sung by Konal of Bangladesh.

Shanta Khan started his journey in Dhallywood on December 5 last year with the film ‘Prem Chor’ He is the son of Selim Khan, the head of the production company Shapla Media.
In the film, Neha Amandeep of India tied the knot with Shant Khan.Besides, Rajtav Dutt from India, Supriya Dutt, Sadek Bachchu from Bangladesh, Aruna Biswas, Barada Mithu, DJ Sohail and others acted.